Bald Eagle & Friends in the Community

The eagle’s eyes flashed, and in a heartbeat it was straining, wings spread wide and pumping, aiming straight at the lens of my camera and me! So fierce, so majestic, so close… 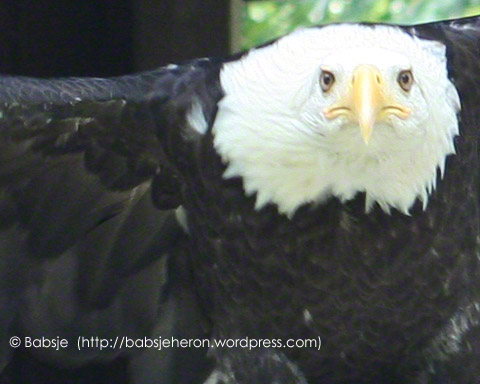 Bald eagle about to take off.

…and so securely tethered to its handler.

This week, Cheri and WordPress have asked us to show community, and so the photos here are from a community program hosted at the Nature Center by the Commonwealth’s Department of Conservation and Recreation. The speaker that day brought an exhibit of live birds from his raptor rescue center. (I’ll update the post with his website and contact details as soon as I receive them. Although I had snail-mailed photo enlargements to them, I don’t have a URL, unfortunately.) 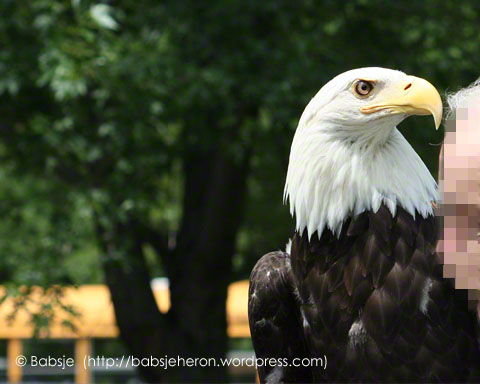 For privacy reasons, photos of the children aren’t shown in this post, but as the presence of the school bus affirms, the crowd had many children, who listened raptly and were delighted by the raptors on display. I’ll update you with the web link for the rescue center as soon as I receive it. 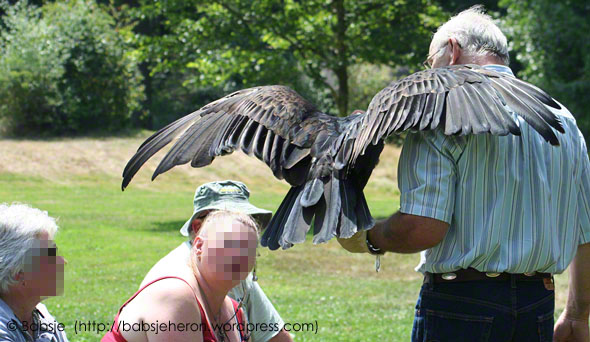 Giving the crowd an up-close and personal view of the turkey vulture. 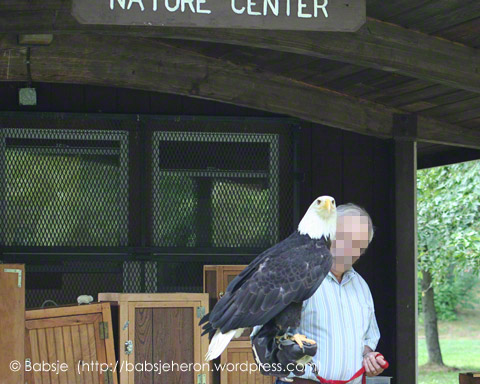 This photo gives a good look at how large the bald eagle is relative to the size of man. Each of the wooden crates in tbe background contains another raptor to be shown to the crowd: Red Tailed Hawk, Saw-whet Owl, Turkey Vulture, Peregrine Falcon, Kestrel and more. Bald eagles and peregrine falcons are bred and then raised from egg to release in the wild at the rescue center. 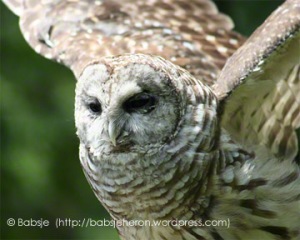 Some of the rescued birds are too damaged to be returned to the wild, such as this owl. 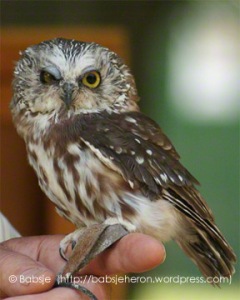 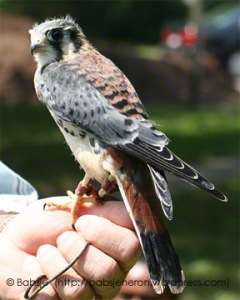 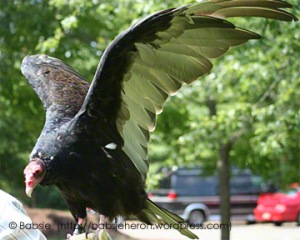 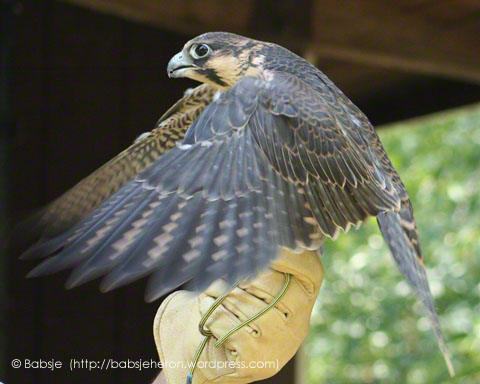 Thanks to Cheri Lucas Rowlands and WordPress for the Weekly Photo Challenge: Community prompt. She asked for photos that speak to the topic of “community.” This Nature Center program is one of an ongoing series hosted at the lake for our community.

Thanks to Ailsa for her Weekly Travel Theme: Symbol prompt. The Bald Eagle is the symbol of the US. This was the closest I have ever been to an eagle, just about five feet away. The eagle looked majestic and fierce.