← And Then There Was One
My Second Snowy Owl, Oh Joy! (Subtitled Mindfulness and a Photographer) →

In children’s fables, the crafty trolls lived in the shadowy worlds of tunnels beneath bridges.

My troll preferred the trail above the tunnel, where he walked back and forth above the parapet. 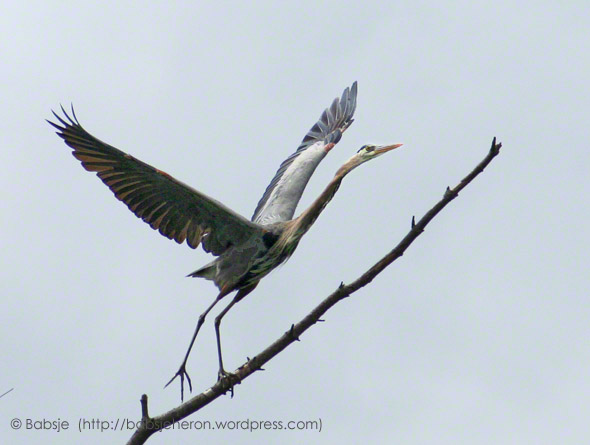 Great blue heron female taking off from nest, while her mate tends their eggs.

The great blue herons had laid their eggs about three weeks earlier, and I was eager to see if the adults were still on the nest, incubating them.

To reach the island and the great blue herons’ nest, I would need to paddle inside this narrow tunnel, one of my favorite spots.

The nest was a couple of miles from the boathouse, usually a pleasant twenty-minute kayak trip due south. I would paddle the length of middle lake, under the stone bridge, past the softly flowing waterfall, and emerge at the top of south pond just as I had done hundreds of times before.

As I approached the tunnel, a flash of movement from the path above caught my eye. A shirtless man was moving first towards the bushes at the right, and then he reversed direction and walked eastwards weaving amongst the bushes.

His behavior up there seemed a bit odd, but I was anxious to get to the herons, and so slipped inside the tunnel and was on my way after one last glance up at him. Exiting the tunnel, I exchanged pleasantries with two other kayakers. It felt reassuring to know I wasn’t the only one around that day.

The next hour was enthralling – the adult herons did their “changing of the guard ritual,” with the male arriving to relieve the female, who had been sitting on the nest. Sometimes the hand-off is perfunctory: the incoming bird swoops in unceremoniously and simply takes over the nest, while its mate departs quickly. Other times, they engage in pair-bonding rituals, greeting each other with elaborate courtship and greeting displays. This day, they captivated me with their feathery displays, spending some time together at the nest before the female took off.

Satisfied with my visit with the herons, I headed back in for the day after an hour. Just past the waterfall, I encountered the same two women kayakers seen earlier in the day.

One paddled right up to me and asked, “Did you see the naked guy?”

Uh oh, not only was the “shirtless man” I had seen atop the tunnel parapet “shirtless,” he was also pantsless.

The two women headed on their way and I turned towards the tunnel, heading back to the boathouse.

There on the path above the bridge once again (or perhaps not once again, but rather “still”) was the man – buck naked – walking across the top of the tunnel.

And there I was with my camera stashed below decks. What a photo op that was and I missed it.

He followed the path as it curved along above the shore, and ducked behind some shrubs, but not before he saw me seeing him.

We stared at each other, me from my kayak yards away in the cove, he on the shore, wrapping a blue towel around his waist.

For many people, it might have been a funny situation, but I was frightened. On the one hand, rationally, I knew I was safe in my kayak (unless he was the sort inclined to have a weapon), but I felt frozen by fear. In the past, I had been on the receiving end of several incidents of “violence against women” at the hands of strangers (such as stalking, rape, arson), and so this stranger’s strange behavior brought back a deeply-ingrained panicky urge to get away from him.

There we were, looking at each other. I didn’t want to upset him, wanting to appear nonchalant lest I do something that would incite him to try to follow me home later.

I mean, what do you say to a naked man parading around, and so I blurted out an inanity about the lovely weather that day.

To which he lied, “I’m just swimming au naturelle.”

I paddled on through the tunnel, and once in the cove, phoned the encounter in to the boathouse.

Imagine my surprise when I arrived at the boathouse half an hour later and was told they caught him. The state Environmental Police and town police converged on the trail and when they caught him, he was still walking around on the path naked.

I didn’t press charges and the police made sure he understood that the lake is not a “clothing optional” sort of place.

But ever since that day, I can’t slip inside that tunnel in my kayak without first scanning the nearby shore and bushes and the trail above the parapet, looking out for the naked guy.

This week, Erica challenged us with the topic of the way our perspective changes as we age. I mentioned in the post above having first-hand experience of violent acts at the hands of strangers. There are subtle scars that can result from those sorts of situations, reactions and memories that would be triggered in most any woman survivor, coping strategies we adapt for protection. Having been stalked more than once, I no longer drive a car. (In one state where I lived, anyone could go to the motor vehicle registry and pay less than $5.00 to get the home address of any license plate number.)

So, I don’t drive BUT I do kayak. I have discovered as I have grown older the liberation of being on the water with the great blue herons. It is a floating meditation. I’ll write more about that one day.

Actually, I’ve been writing that in one way or another all along.

Thanks to Paula for her Thursday’s Special Non-Challenge Challenge.

Thanks to Krista and WordPress for the Daily Prompt: Brilliant Disguise. (What a brilliant disguise, for the formerly-nekkid guy to wear flesh-colored clothing to give the appearance of being naked. How funny that was.)

Thanks to Josh R and WordPress for the Weekly Photo Challenge: Inside.

Thanks to Erica and WordPress for the Weekly Writing Challenge: Golden Years.

← And Then There Was One
My Second Snowy Owl, Oh Joy! (Subtitled Mindfulness and a Photographer) →